I’m going to tell you something astonishing, that you didn’t know before. Ready?

Anyway, I personally think twitter is one of the best reasons for the internet. It’s connected me with so many different people, and given me confidence to do things like keep writing, keep blogging and start my own podcast. BUT I know that not everyone ‘gets’ twitter yet. I had at one stage considered doing my own little ebook guide to twitter. But someone beat me to it. 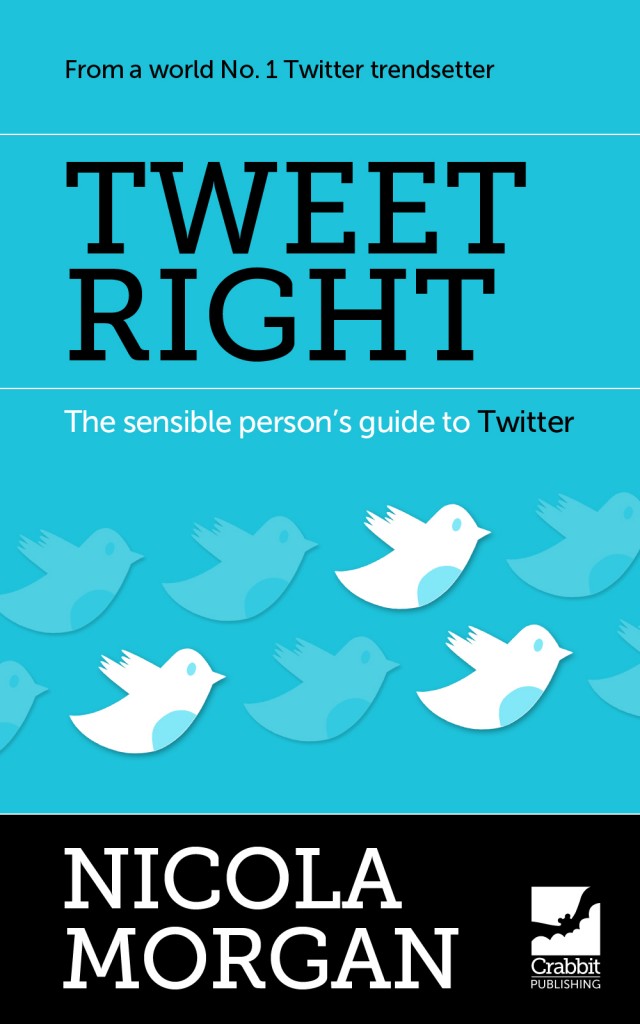 Nicola Morgan, whose book Wasted I reviewed here a while ago, has just launched Tweet Right; her introduction to twitter for, as she puts it, ‘nice, sensible people’ (yes I know there were a million commas there). It does exactly what it says on the tin (sorry, comma hell followed by cliche hell. Get over it), and cuts through all the rubbish that people say about twitter. People, generally, that don’t use it by the way.

If you know someone who is intrigued by twitter but doesn’t know how to start, or who wants to use it but is struggling, I highly recommend  Tweet Right. Or if you have somehow come to this blog NOT via twitter because you don’t use it and don’t get it (hello mum). Nicola holds your hand through the first steps on the social network from getting registered to using a twitter client. There’s even a list of people you could follow, helpfully broken down into categories. Followers, etiquette, Follow Fridays, DMs, hashtags, games (from a worldwide trendsetter, by the way) are all explained in a clear and accessible style with helpful tips along the way. I would imagine that few people using or thinking of using twitter will not find something helpful and interesting here.

Nicola’s launch blogpost on Help! I need a publisher also mentions the concept of #TwitterAngels – someone to welcome and guide a complete beginner through the first stages of tweeting. I think this is a brilliant idea – wouldn’t the world be a nicer place if everyone offered to be an Angel for someone and hold their hands through something new? – and I’ve volunteered myself.  Check Nicola’s blog for more information on this (I’d also keep a close eye on Nicola’s blog in the near future as I suspect the Crabbit One has grand plans afoot).

In short, if someone needs an introduction to twitter, they couldn’t do better than to read this.

Tweet Right is available from amazon in kindle format (remember you don’t need a kindle to read kindle format books – there are apps for smartphones, pc’s and macs) for £2.74.