As most of my friends online know, my grandpa has been very ill for about a month. He’s currently being cared for by Willow Burn hospice in Co Durham and they have been absolutely wonderful.

My mum always says that dying is inevitable, but important; one of the most important things you will ever do. Willow Burn, and hospices like it across the country, provide care and compassion and dignity at the time when you need it most, but they get almost no state funding; as their website says, they survive on the goodwill of the community and fundraising. Doesn’t this seem wrong? That hospices, which look after you at the most critical time of your life, need to rely on fundraising to survive?

Of course, it’s not just Willow Burn. My husband in a previous life was a professional fundraiser for a wonderful hospice in Stockton, and his friend is still doing the same job at a hospice in Sunderland. So why am I shouting for Willow Burn in particular, other than my own personal link?

Because they desperately need it, basically. They deliver the most amazing care in an old, under-resourced building, and have only four beds when they could easily fill twice as many. If you follow me on twitter or Facebook, you might have seen me ask for fundraising ideas a couple of days ago. I want to show my appreciation of their dedication as well as donate to them some much-needed funds. So many people had some amazing ideas, and my favourite was an anthology of short stories, with all the proceeds going to Willow Burn.

And so to the point. I would be hugely, amazingly grateful for short stories. I have some very talented friends, both published and unpublished, and I think if you would help me we could make a fabulous anthology that would raise a little bit of money for a fabulous place. I want to focus on hope, and have stories that are hopeful, humourous, uplifting… you get the idea. If you can help, or if you don’t fancy writing a story but can help by spreading the word, please, please do. I’ll do all the formatting and Andrew will do me a cover so all you have to do is send me a story you’re happy with. If I get inundated (yes please!) I might need some help to narrow it down but that’s an appeal for another day.

Keep an eye here as I’ll be doing a couple more blog posts on the hospice itself. And thank you – in advance – for your help and support!

Updated to add: If anyone has a story to submit, send it to this email. Thanks again! 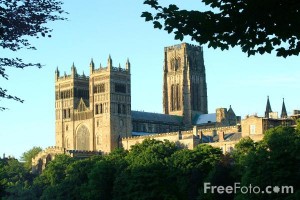