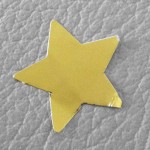 8 thoughts on “Do you hear the Diva sing?”