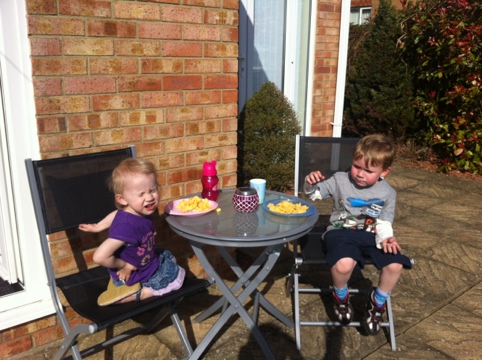 I hate February. I’m actually beginning to really hate February. Last year and the year before Andrew lost two of his grandparents; my maternal grandmother died at the end of January nearly twenty years ago, and Andrew’s other grandad fell ill in February several years ago and died two months later. Now my own grandpa is dying, my grandma is struggling with dementia (not to mention losing her husband of sixty-something years) and I’m starting to think February is cursed.

It’s grey and cold, neither winter nor spring, and any foolhardy plants that spring up are quickly frostbitten and put in their place. I’m amazed they still keep trying every year; I’m seriously considering hibernating next February and urging everyone I love to do the same. All the energy I was finding before Christmas has been hit by the mess that is January and I can’t quite summon it back, not properly. Although happily my writing doesn’t seem to be taking the same hit. If anything, it’s helping.

Daniel’s class have been studying growth. They’ve brought home little pots containing cress seeds and grass seeds. I’ve eyed each of these warily as I’m not what you’d call green-fingered. I kill off almost any plant within minutes. As we have a first floor flat with no possibility of a garden this isn’t TOO much of a problem. Not much call for a gifted gardener up here, but these school projects have needed to be done so like a good mummy I tried to forget about my Kiss of Death to plants and take care of them. They didn’t do too badly. The cress lasted two weeks; the grass is still going.

Then last week he brought home a pot with no shoots or signs of life, just thick, black soil in a pot with a coloured label that he’d drawn himself.

‘It’s a sunflower, Mummy,’ he said proudly. ‘We have to give it sunshine and water and measure how it grows.’ Oh, no. This isn’t grass or cress, this is, like, a real flower. It needs to be looked after and there’s a real chance it will fall victim to my curse and never even shoot and then he’ll have to go into school and tell his teacher and all the other children whose mummies probably have beautifully cultivated gardens that his mummy killed his sunflower and… ok, I’m rambling. But I did fret, just a little.

So I took it home, put it on the kitchen windowsill with the grass and the cress and watered it. I watered it whenever the soil felt dry but to be honest I didn’t expect much. And sunshine? It’s the North East of England, in February, which as I’ve already explained is cursed. Put together with my napalm touch, the sunflower was doomed before it even got to the kitchen windowsill.

Last week a tiny little green-white shoot peeked up out of the soil. Then it grew- it actually grew! Now it has four little leaves, a strong green stalk and it’s still growing.

It’s like a reminder that life does actually go on. I check it everyday – heck, I check it everytime I go to the sink and marvel that despite everything, the sunflower is growing and stretching up, seeking the sun just as it’s supposed to.

It’s suddenly, the last day or two, become desperately important to me that I don’t let the sunflower die. Daniel’s still vaguely interested but I have put all my hopes of a happy spring on this sunflower. I don’t know why – it’s silly. My grandparents are old and frail, and I know everyone has to die sometime. And life isn’t too bad aside from that – Andrew’s business is going really well, the children are happy and healthy and my writing is progressing nicely all things considered. I’m just not very friendly with February.

But March will come soon and the sunflower will keep growing.