A few weeks ago on a whim I signed up for the Memory Walk at Chester-le-Street in aid of the Alzheimer’s Society. It is a fantastic cause and my grandma has dementia so it’s a personal cause too.

Now, it’s only 3 miles but it is worth bearing a few things in mind. First, I’m coming from a basic activity level of 0 and the fitness levels you might expect as a result. Second, I suffer from pains in my legs and lower joints so it’s going to be a bit of a push. Below I’ve written up the walk as it happened, only really cleaned up mobile-thumb-typing errors.

10.35 Arrive at Chester Park. Loads of people already here mostly in small groups. Quite a few elderly in wheelchairs.
Go to the gazebo with AS on to see if I need to register or sign in but no, it’s all done online. I’m given a tag, though, to write about why I’m walking to hang on a memory tree during the walk.

10.50 A guy is leading warmups. You need to either have the honed body of an athlete or be in a group to pull this off and I’m on my tod so I watch, kind of wishing I was in one of those categories. Ideally both.

11am Someone from Beamish is leading a Geordie folk singalong with Blaydon Races, Cushy Butterfield and Keel Row. Great atmosphere! Local MP Kevan Jones cuts a banner and we leave.  The family in front of me are wearing the official t-shirts but have printed on a photo of the old lady they’re walking for. It’s a lovely, poignant touch.

11.20 Arrive at memory tree. A couple of people taking a moment. Most people taking photos. I’m fairly near the start so there’s not really many on yet.

Doubling back we can see the end of the walk. We’re pretty much back at the start now, I think that’s the 1 mile walk finished maybe.

Yes, a steward is directing us right to finish the 1 mile, and left to continue the 3 miles,  so that’s half an hour and a third of the distance gone.

11.35 Passed the amateur rowing club. I had no idea there was such a thing here. There’s a group all ready to go out on the water.

A volunteer is sitting on a bench with an old man, probably in his 80’s or early 90’s. He can’t walk any further, but rather than give up and get help back to the tent he’s waiting and will rejoin the walk on the way back.
It is surprisingly hard to type on the move! Plus I want to enjoy the experience. My ankles are giving me some pain but the rest of me is fine. It’s quite warm but there’s a lovely, very welcome, breeze.

12pm Left the wilderness of the riverside path behind and cut through a housing estate.  We are much more spread out now; only a group of 3 in front of me and none directly behind. Think I gave them a shock in the last wooded bit as the text alert on my phone sent the hunger games whistle out… 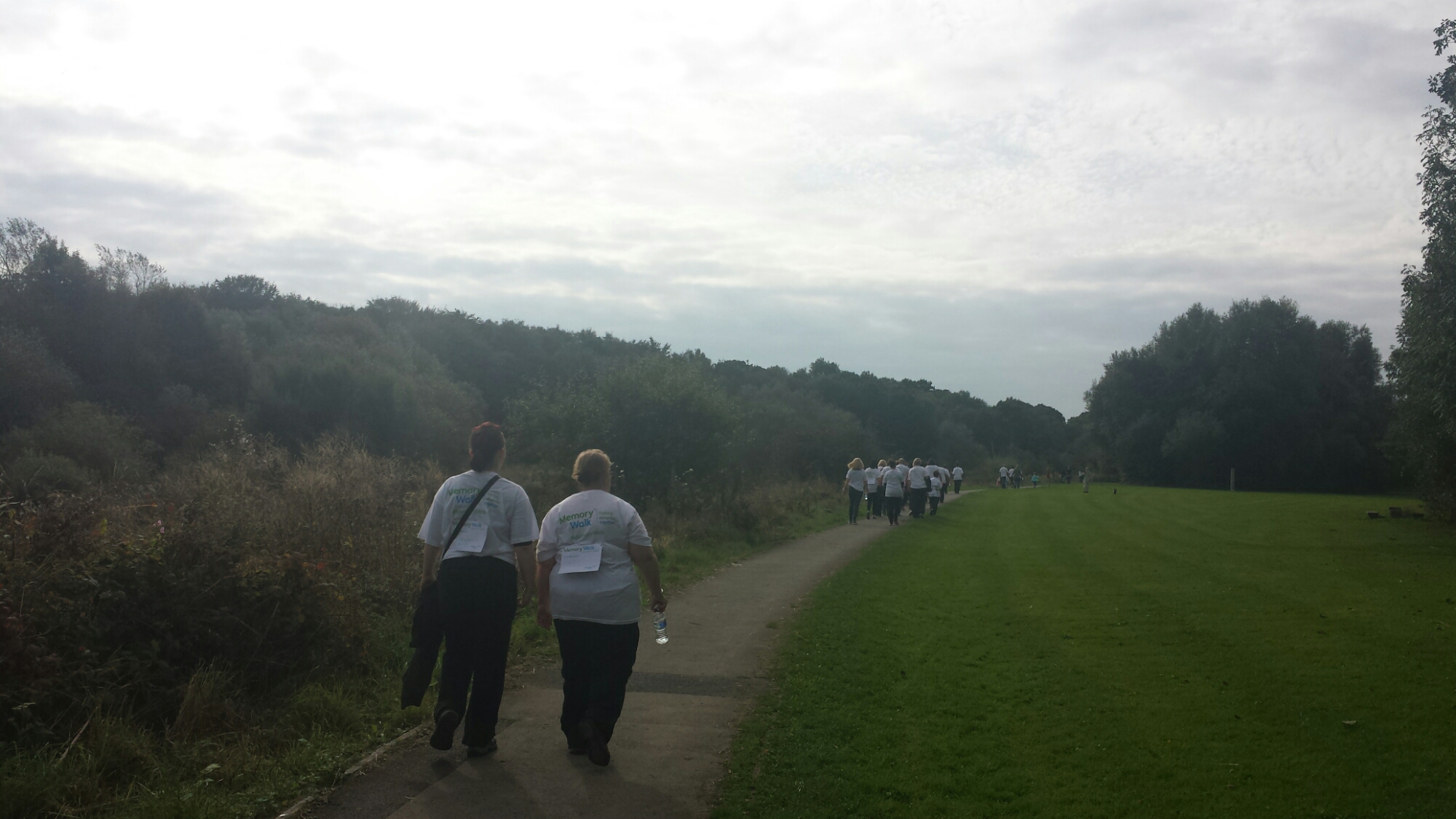 12.10 Keeping a nice steady rhythm going. It doesn’t matter that I’m alone or that my ankles are hurting or that I’m really hot. I feel calm and happy.

We are doing a circle, not going back the same way. I hope someone’s told the old man who was having a rest…

12.15 Arrived at finish line!  I’m one of the early group back and met by smiling husband and kids.  Got a medal and a perfectly timed bottle of water!

I would totally do this again. Get my fitness levels up and go for a more ambitious one too perhaps! I didn’t raise that much but it was so worthwhile; I enjoyed it, and I put myself out for something. I’m proud of myself. 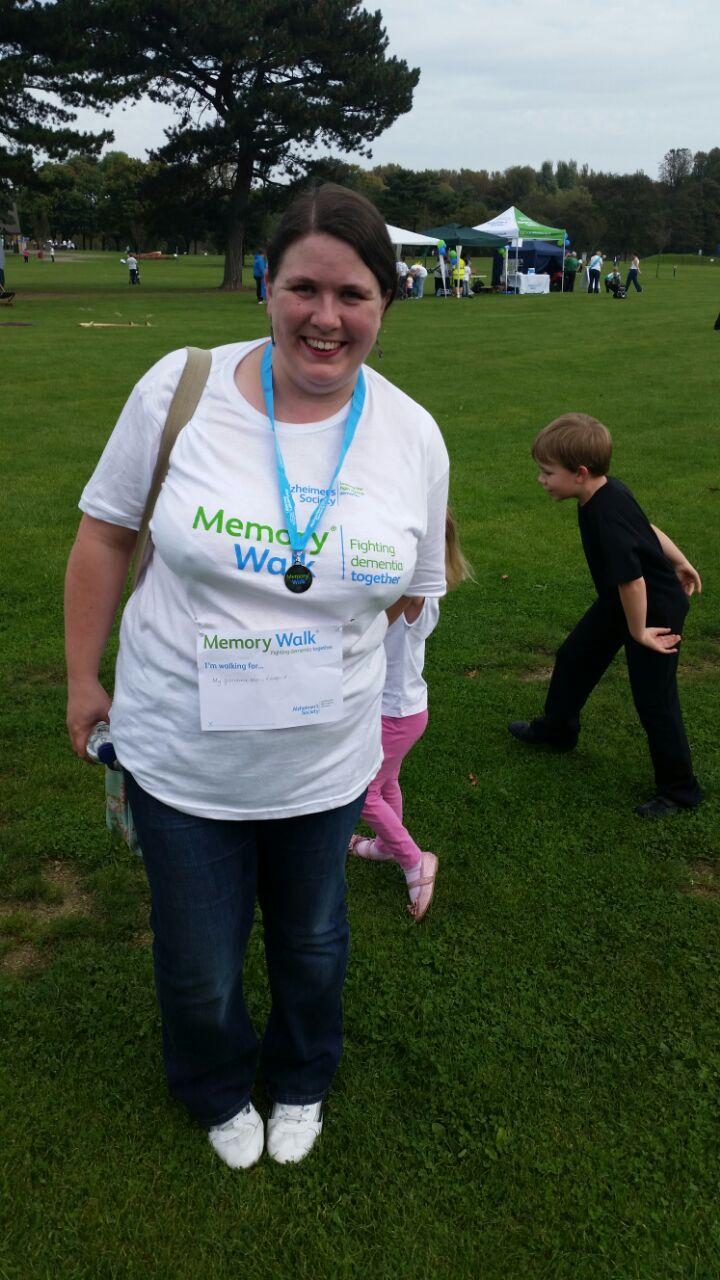