And so I face, the final curtain… On pregnancy, anyway. 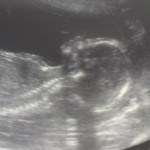 With ten days until Baby Girl Brown is due (won’t it be nice to have a real name for her!) and little signs, not to mention wishful thinking, that she could come any time, my thoughts have naturally been straying to the future.

It is likely that this will be my last pregnancy, for many reasons. Chief of which is that I don’t really do pregnancy well. I’m not a glowing Earth Mother, and although there are some aspects of pregnancy which I will miss, overall I am better off not trying it again. The thing is, it’s not quite how I expected it. For ten years I’ve had an image of myself and my husband with three children and it’s strange letting go of that image. The names, sexes, age gaps weren’t important, just that there were three of them. I don’t know why it was important, either. Probably because my husband is an only child, and although I have a brother it is unlikely in the extreme that he will ever marry or have children, so the idea of us having three brought lots of happy images of large family gatherings, lots of grandchildren, family squabbles, you get the picture. But, c’est la vie.

I know we are actually incredibly lucky. When we’ve wanted a baby we have been lucky enough to get pregnant straight away. We’ve had, God willing, two healthy children – I know we still have to get through the actual delivery but judging from the way I get kicked she’s a robust little thing. We’ve suffered the pain of a miscarriage, but only one – I know both my mother and mother in law had at least two each and some women many more. If it comes to that, some women cannot get pregnant at all, and I am (though it may not sound like it) appreciative of how easy we’ve had it.

It just seems very final. Even during my last pregnancy, which I didn’t enjoy much, I was thinking about ‘next time’ and the next baby. It seems weird to be thinking this could be the last time I am in this situation, and a little sad too. As I said earlier, I have had this image for ten years, and that’s a lot of dreams to let go of. Never say never, of course, but the truth is it’s probably better for the whole family. Both Daniel and my husband suffered a lot when I was in hospital so much at the beginning, and that won’t get any easier as I get older. And I can improve my fitness, but that won’t help the fact that I would be x years older, or cut down my chance of hyperemesis for example.

So, as this pregnancy draws to a close, I am trying to savour the feelings I have as much as possible. Predominantly, I grant you, they are mostly pain. Backache, fairly constant Braxton Hicks, to-the-bone tiredness, muscles pulling left, right and centre in my abdomen, feet jabbing up into ribs. But there is also the special feeling of amazement, which cannot be described, the really, really weird feeling of a little body moving inside your stomach, the reassurance when you first get to feel movement or see the scan picture. The guesses, picked more or less out of thin air, as to what she will look like, what we’ll end up calling her, how she’ll eventually arrive. Sharing details with Daniel – hearing him talk about his baby sister and sharing a secret smile with my husband over how he will really react when she comes. Thinking of my baby as a big brother, thinking of both my babies playing together, growing together, loving each other.

And, now that the end is near, I look forward to the future. This is us, this is our family, and (you can throw these words back at me later when I blog about how tired I am!) I want to make the most of it.

One thought on “And Now, The End Is Near…”